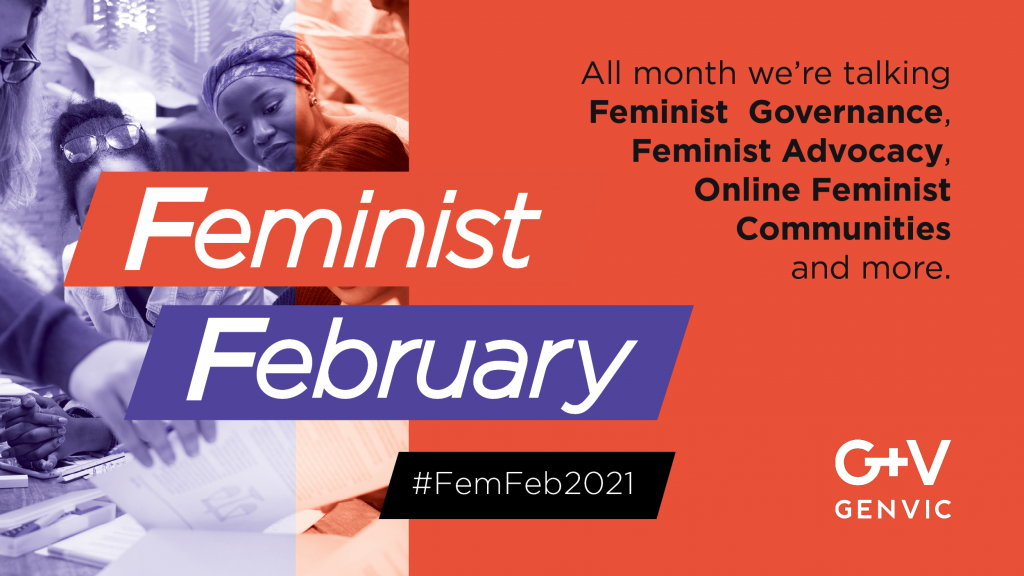 Throughout February, GEN VIC is hosting a series of seminars addressing a range of contemporary issues to grow the skills and knowledge of feminists within our communities.

Hear from leading local and international feminists, from countries including Belgium, India and Poland, on issues such as feminist governance, feminist activism and feminist online communities.

To get tickets to these events and get more information, click below! 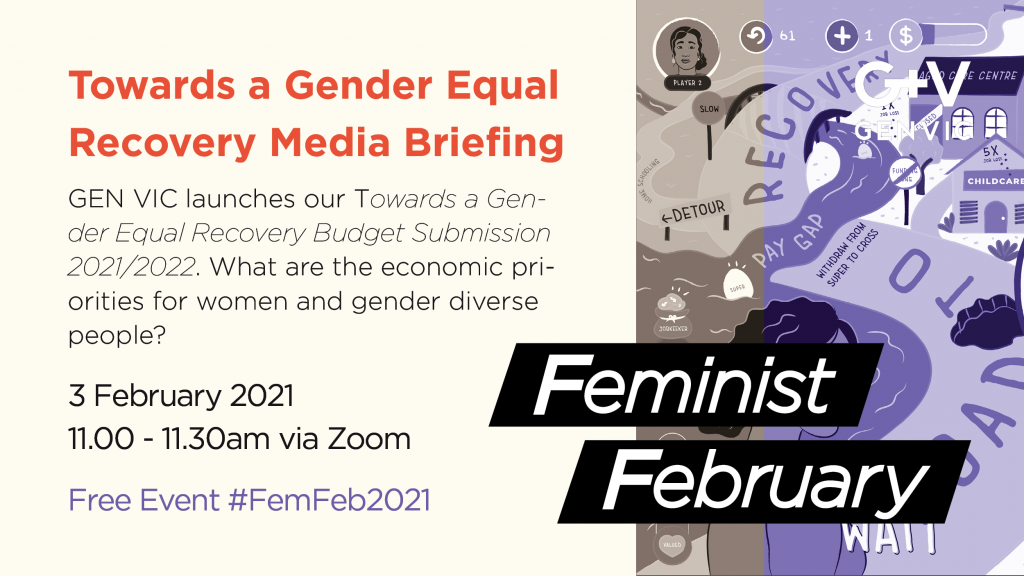 Join us for the launch of GEN VIC's Towards a Gender Equal Recovery Budget Submission 2021/2022. The submission is a result of months of consultation with member organisations with expertise and commitment to women rights and gender equity, as well as direct connections with diverse constituencies of Victorian women, on what were women’s and gender diverse peoples' economic priorities in the 2021/22 Victorian state budget. 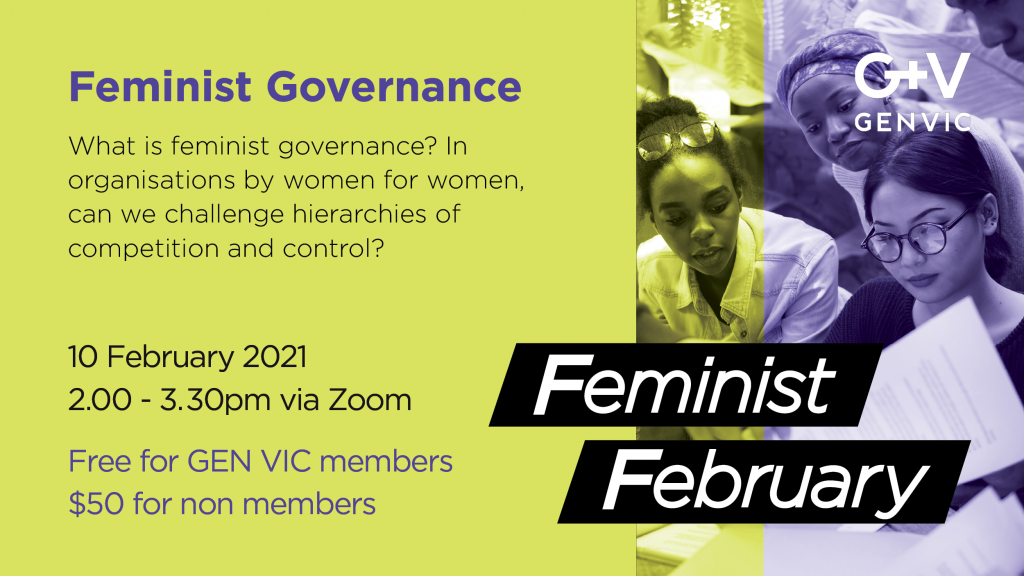 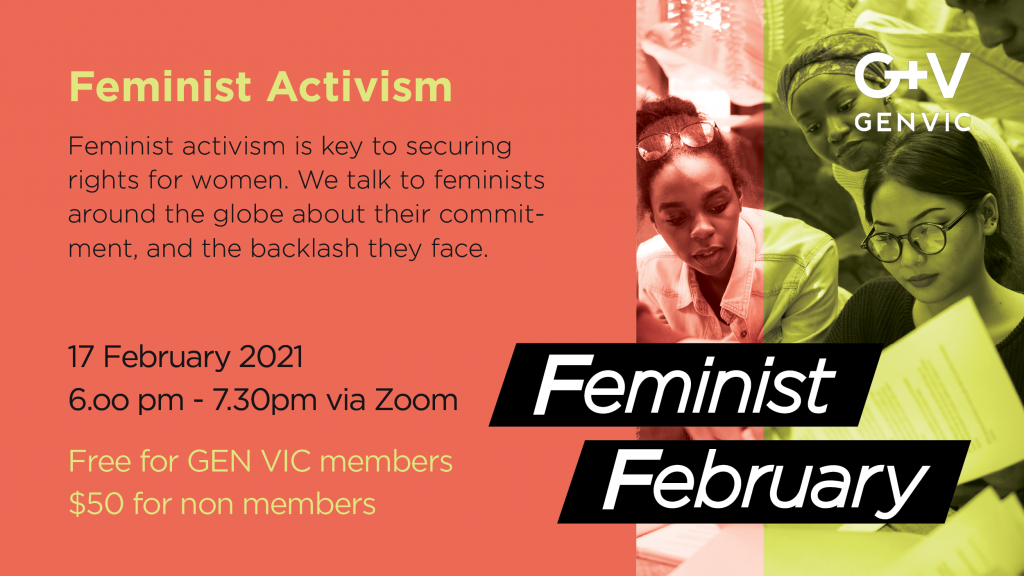 Feminist activism has been the key to women gaining social, economic and political rights. The path to gaining these rights has taken strength, fearless dedication and commitment by women, for women. However, this activism can come at a cost for many women as they experience pushback and backlash from gains made for gender equality. In this seminar we will hear from international speakers to look at feminist activism happening across the globe and to talk about the journey of feminist activism that lies ahead of us. 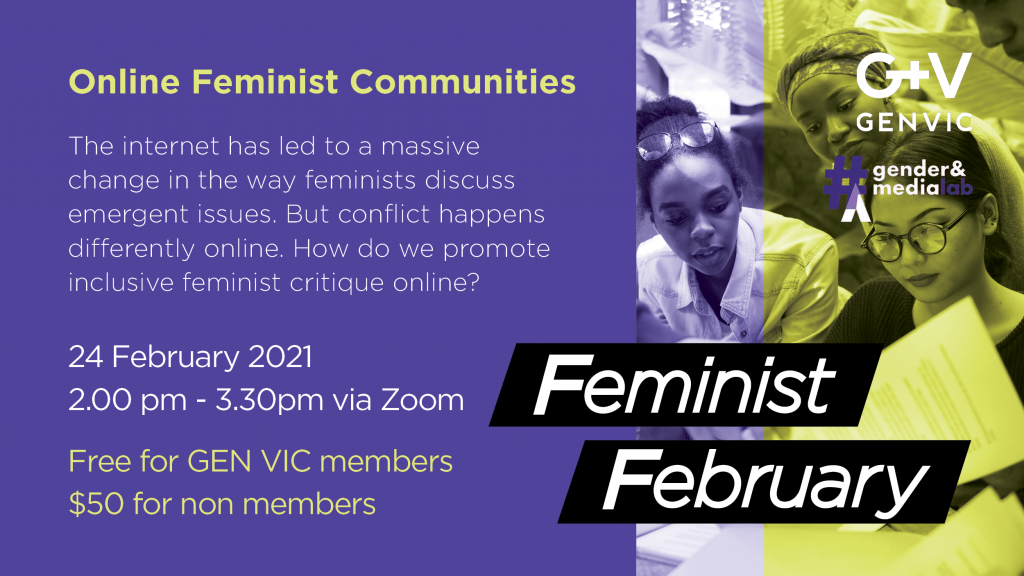 Women working in the media receive abuse online simply for doing their jobs and being women with an audience. This abuse can be extremely traumatic and spill over into offline violence. GEN VIC’s 2019 report Don’t Read the Comments found that women journalists needed much more support from their workplaces and publishers to prevent harassment from driving them off social media and away from journalism.

Together with the MEAA and ACM we have developed three resources targeted at media organisations to help them support their women journalists:

1. Moderation guidelines with a gender and intersectional lens.

3. Cybersafety awareness and policy development training for HR and management in media organisations.

Book now to secure your place!

This project has been generously supported by the Victorian Government's Office for Women.