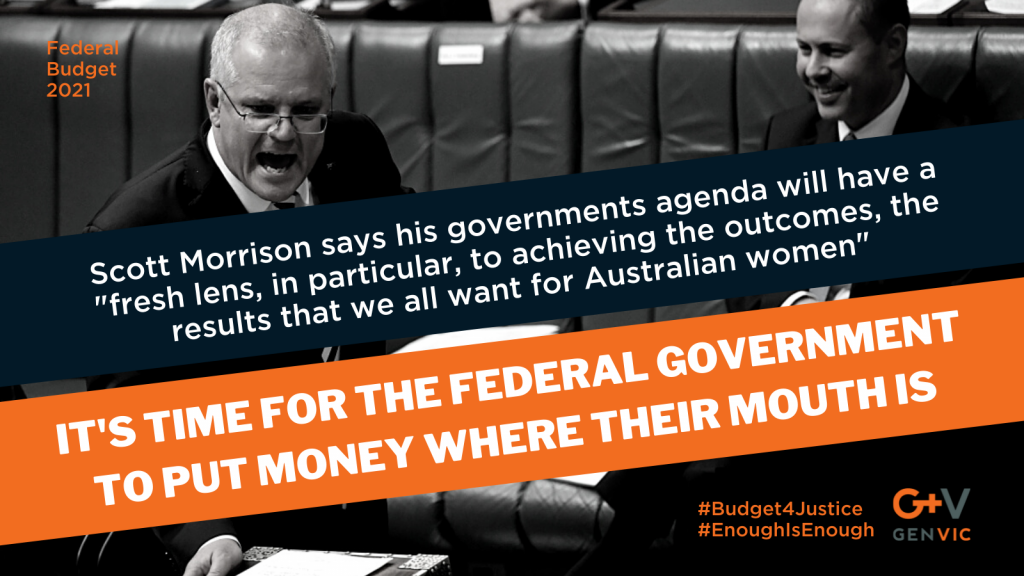 In the wake of the #March4Justice and Parliamentary rape scandals, Prime Minister Scott Morrison and Minister for Women Marise Payne have set high expectations for a new gender lens across cabinet.

But the true test of the new Women’s Cabinet Taskforce is whether it has influenced the Federal Budget by ensuring gender responsive investment. Last year, the Federal Government was deeply criticised for having missed the opportunity to address the economic and social impact of COVID19 on Australian women. Treasurer Josh Frydenberg cannot afford to make the same mistakes again.

The Prime Minister himself has stated that “women were the most exposed and at risk during the COVID period for a whole range of reasons. First of all, there was the economic security and the loss of jobs which we saw, and more women have made up those jobs returning to our economy than men. In addition to that, women were also more at risk, whether it was from domestic violence, harassment or many other things.”

These risks aren’t mitigated by inertia. We need change, investment and real action. 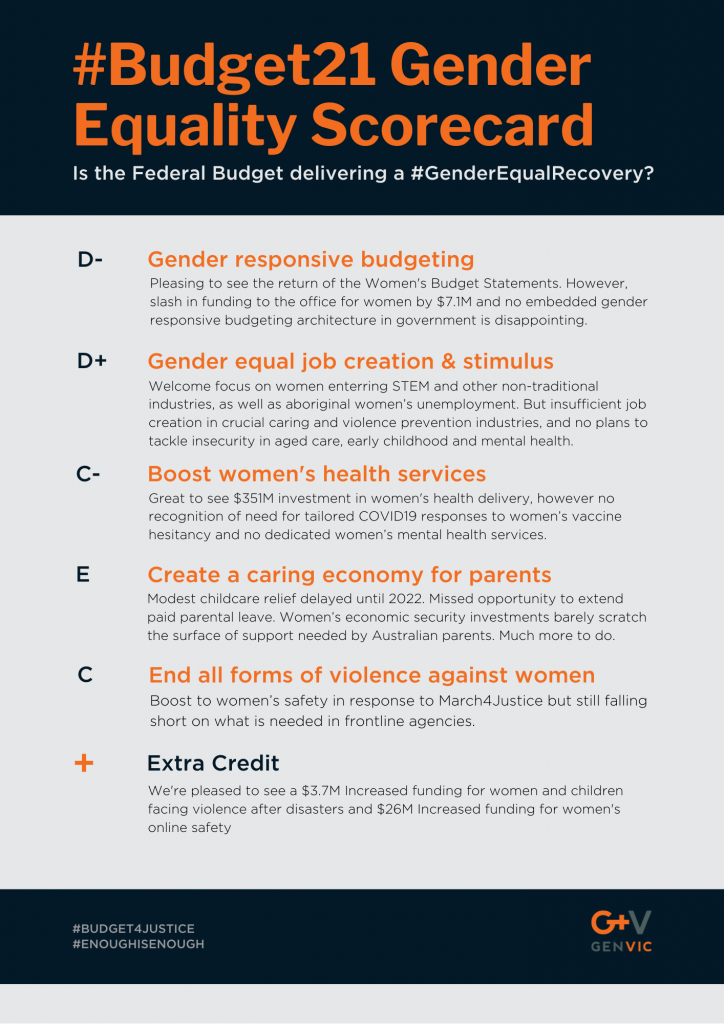 How does the ‘budget for women’ measure up?

How does the federal budget’s investment in women measure up in comparison to other big ticket items? We had a look at the numbers. 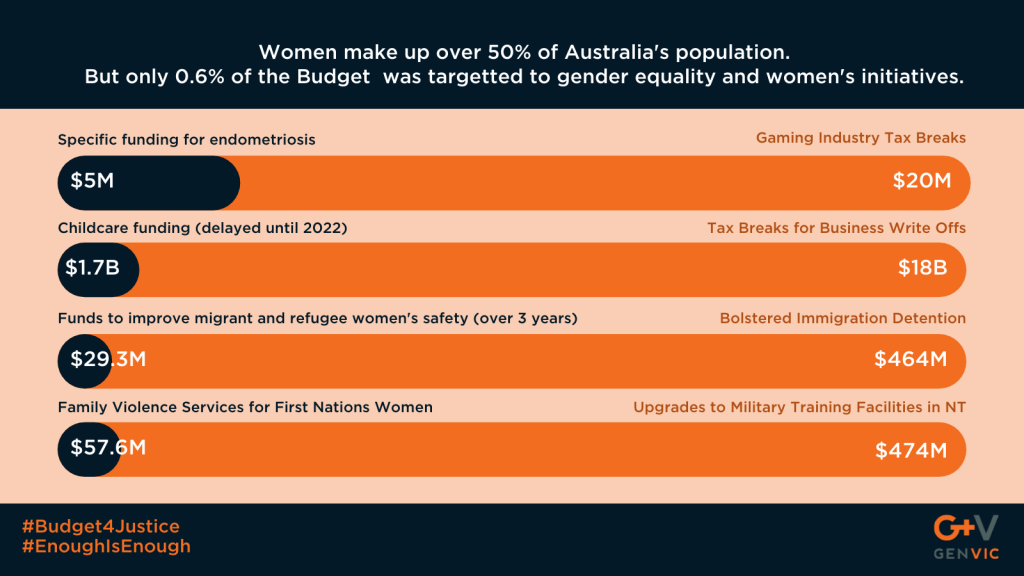 In the last month, we joined The Parenthood, Fair Agenda, 5050by2020 Foundation and the Australian Council of Trade Unions to call on the Federal Government to implement Kate Jenkin’s Safe at Work recommendations in full – including providing the funding needed to end gendered violence at work.

We’ve called for a boost to women’s health services across the country – especially in Victoria – to address high levels of vaccine hesitancy amongst women. We’re alarmed to hear that reports that Assistant Women’s Minister Amanda Stoker is attending pro-life rallies and calling for   reforms to roll back pro-choice abortion laws.

We’ve joined The Shift to Gender Equality, uniting with gender equality organisations across the country demanding a #Budget4Justice and written to Treasurer Frydenberg calling for funding for gender priorities.

We also welcome the deep partnership work of the The Parenthood, the ACTU, the Business Council of Australia, Chief Executive Women and Goodstart Early Learning coming together to make clear demands of the federal budget.

As Minister for Women, Marise Payne says “Bringing a gender equality lens if you like, to the whole of Ministry approach enables us to really focus in on those issues right across Government in a way that I have never seen before.” We need a gender equity investment like never before.

Join our campaign for a #Budget4Justice by letting the federal government, and especially treasurer Josh Frydenberg know that we’re watching for more than just words.