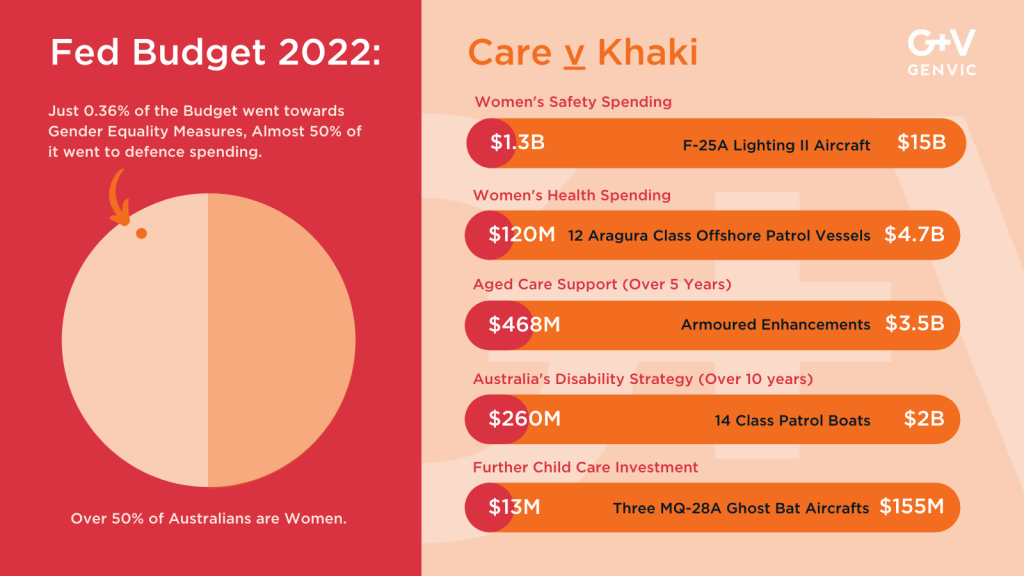 Modest measures for women’s safety and health were announced last night in a much-anticipated pre-election Federal Budget. A detailed Women’s Budget Statement has outlined $2.1B of investments in women and girls. However it’s just a drop in the ocean compared to investments in defence spending.

Opportunities to make big structural economic changes to early childhood education, paid parental leave and the gender pay gap, as advocated by gender experts across the country, most notably through high profile endorsements of Grace Tame and Brittany Higgins in the Safety, Respect and Equity Campaign, did not materialise.  While there was greater flexibility offered in PPL – allowing both partners to access 20 weeks of leave – there have been criticisms about how this decision undermines attempts to address the importance of shared care between birthing and non-birthing partners and encouraging more men to spend time with their young children.  Further, it leaves Australia still running behind the UK, Japan, Sweden and many other nations in the amount of weeks of paid parental leave subsidised by their Governments.

GEN VIC welcomes the federal government’s announcement of “$1.3 billion over 6 years” to address all forms of gendered violence. It is encouraging to see that prevention initiatives are included in this budget and we hope to see further investment in our work improving women’s online safety and ending gendered cyberhate. We note that cybersecurity is receiving a significant funding boost in this budget, dwarfing the funding promised to women’s safety. The federal government is proposing to spend “$9.9 billion over 10 years” towards cybersecurity.

Big shout out to our member Her Heart for the $0.5 million injection into their Her Heart Hub to improve education and treatment of cardiovascular disease in women. With a 36% increase into heart disease for Victorian women revealed in the Women’s Health Atlas, this inititive is an important step in addressing a growing problem for women across the state and the country. 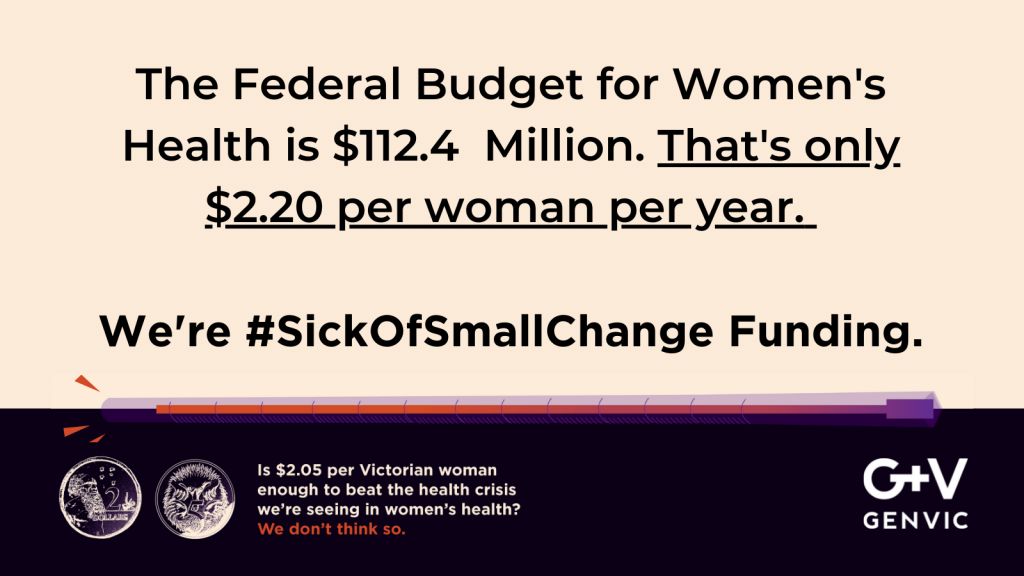 There were several initiatives designed to address women’s leadership in STEM, non-traditional industries and as business entrepreneurs. We welcome initiatives to support women growing as individual leaders, but note that there were no further announcements of funds to the National Women’s Alliances to enable them to build the gender equity movement in Australia.

Finally, alot has been made of the pre-election sugar hits designed to line the hip pockets of voters ahead of the federal ballot. But as Arundhathi Lekshmi from our communications and data visualisation team points out, the amount of money is a drop in the ocean when you compare it to the structural economic inequity facing women with childcare responsibilities and a widening gender pay gap. 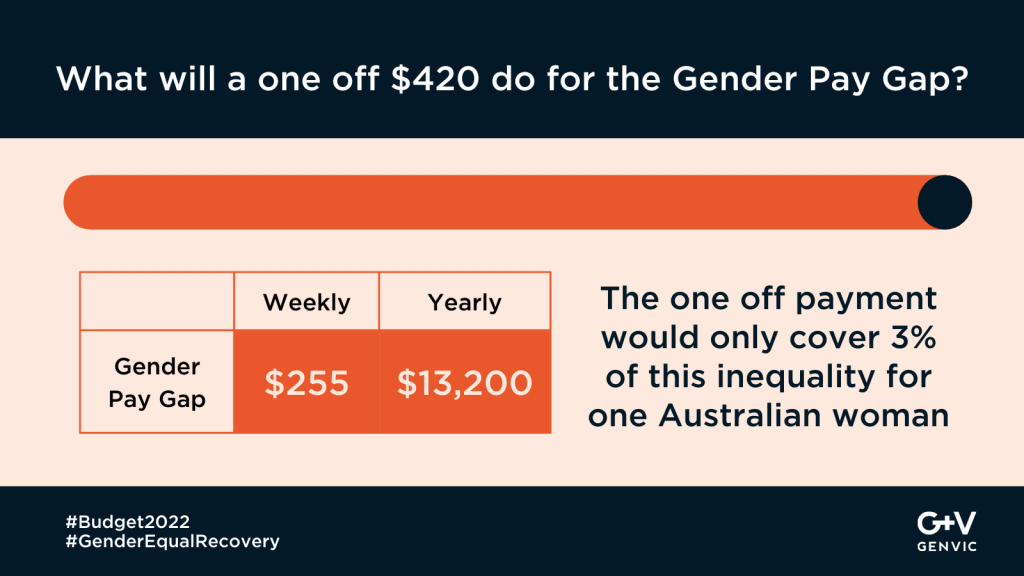